In June the club had it’s 3rd annual general meeting, with the same committee being re-elected. An autocross happened that following weekend at Springvale Quarry, to start off the new season.

July saw the annual COMC prize giving at the Nose Restaurant, with great prizes awarded to the members who had achieved the most points in their class throughout the race year, congratulations to those who received a prize. 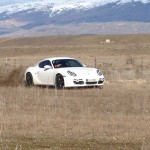 August had a new autocross site at Golden Road, it was a great day with a wide selection of vehicles testing their skills in a flat grass paddock.

In September the Club ran its first gravel event in sometime, with the Little Valley Gravel Bent Sprint. Everyone enjoyed the new event with the hope to make it an annual event. It was also  the first outing for the club caravan, working perfectly as the for timing and documentation.